How to rename Xcode project thoroughly

I’m doing with lot of projects, some projects are similar, thus I can just clone from the
existing project and rename it. But how to rename it completely?

1. Change the project name in Xcode 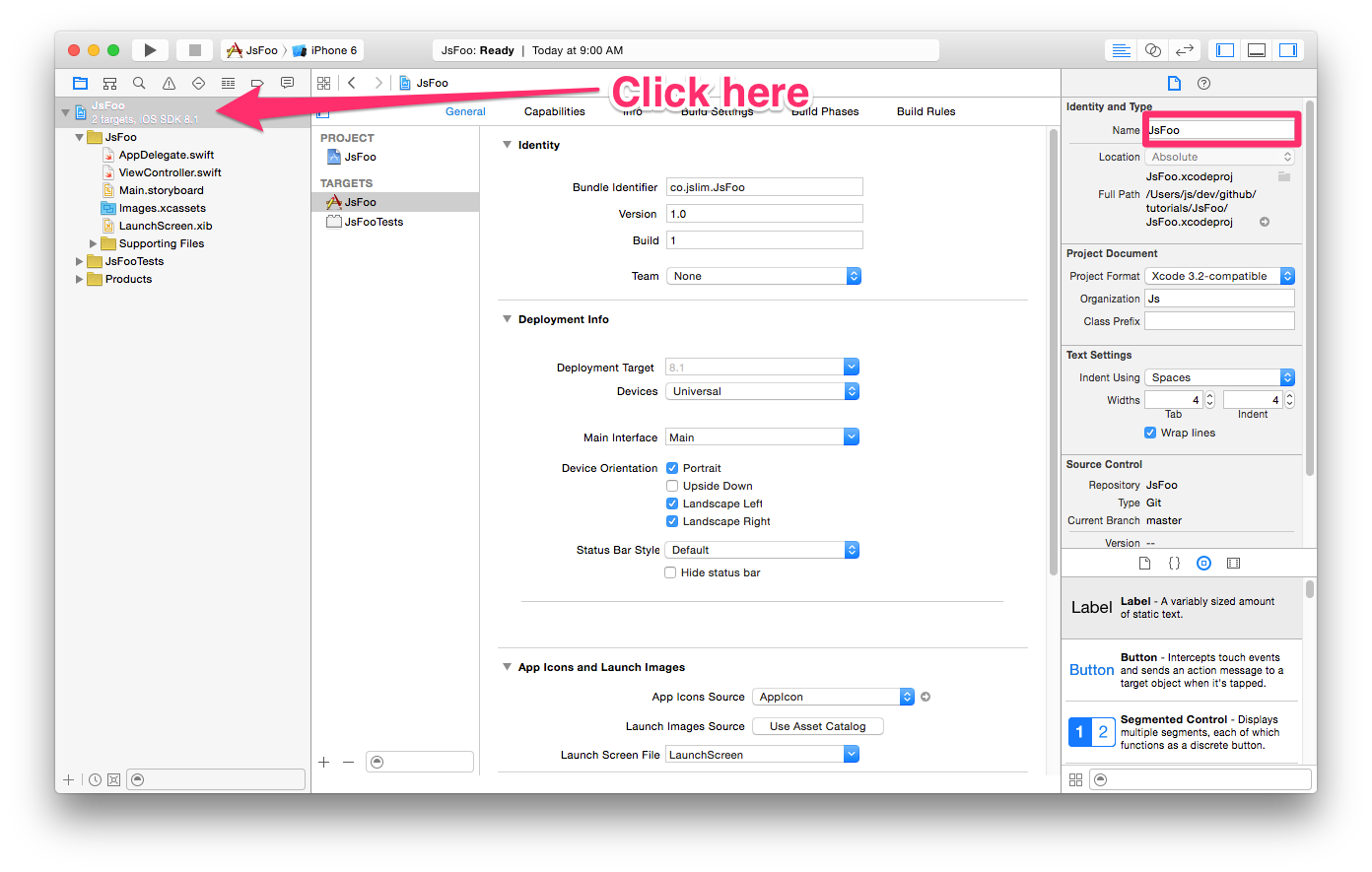 Click on the project, at the right pane, update the name to the name that you want,
then hit <Enter> 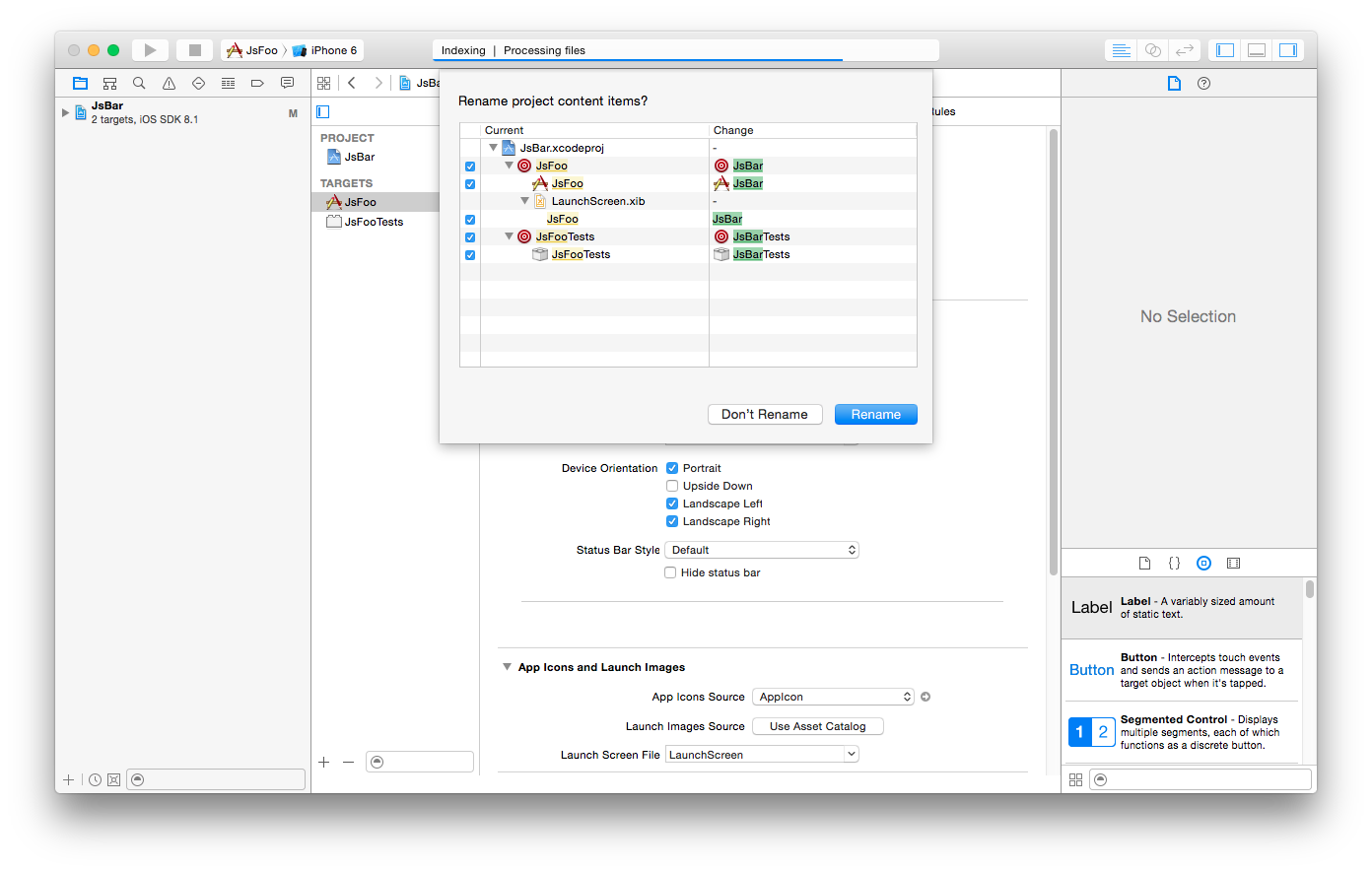 Then it will prompt you which one to rename, just check all and hit <Enter> 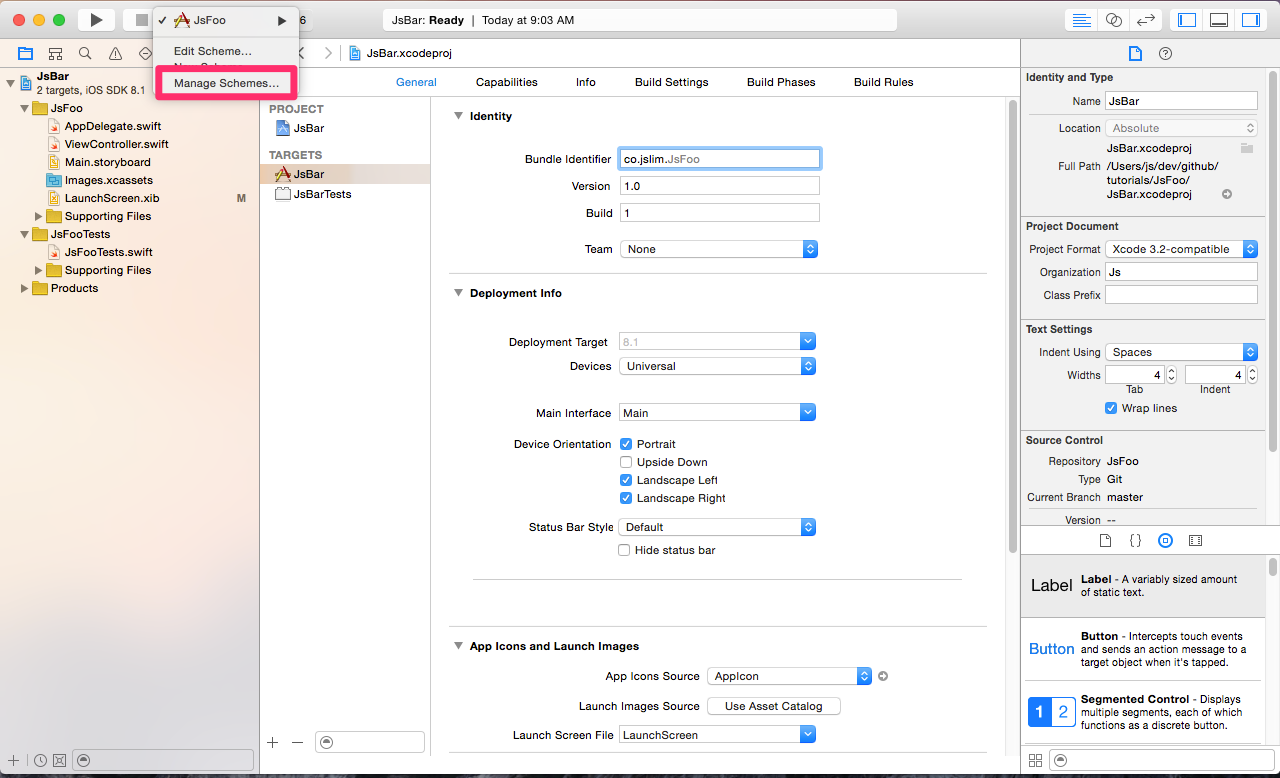 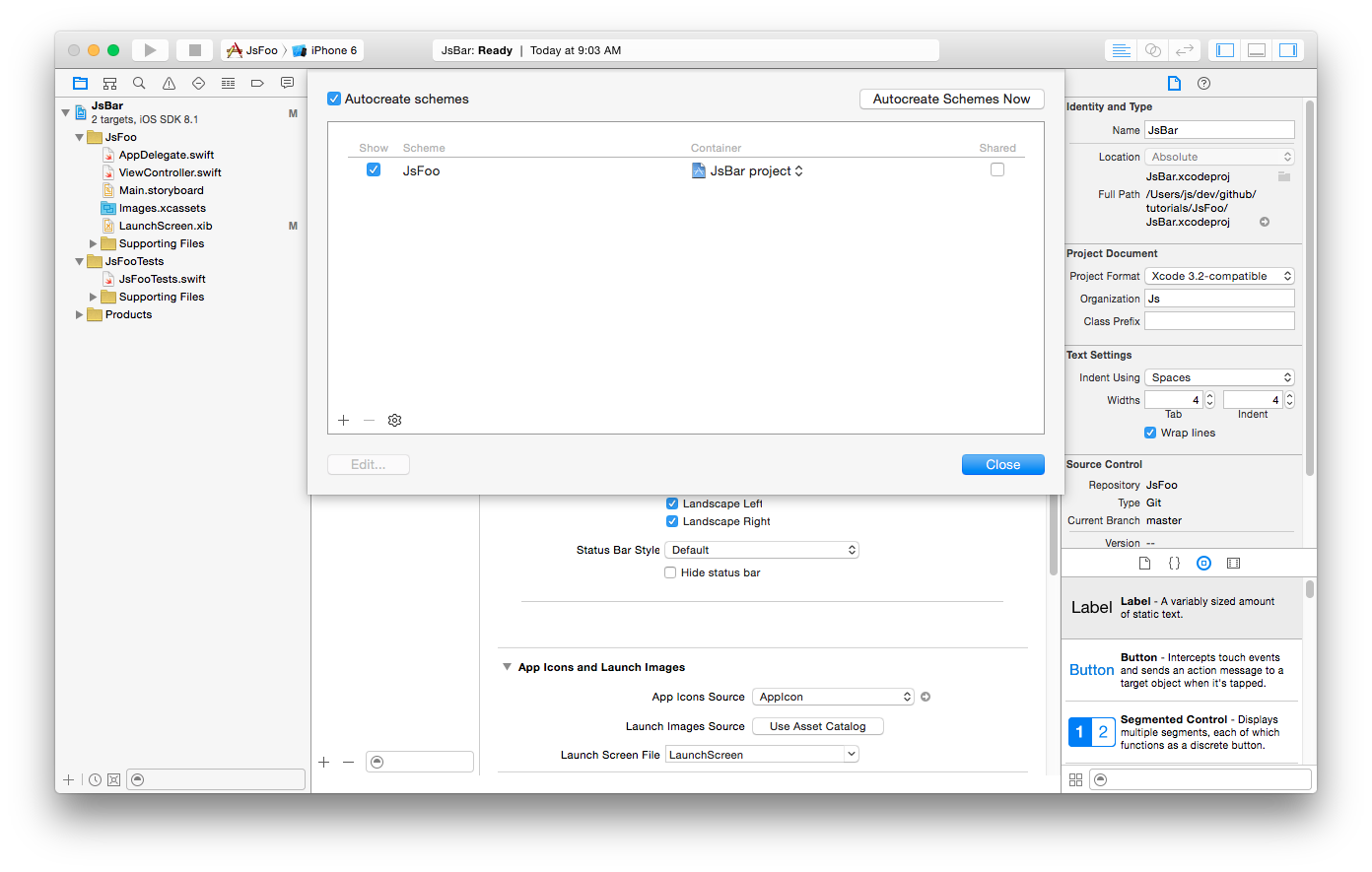 Then change the scheme name (click on that row, then hit <Enter>)

Then try to search for your project name

It seems a lot to change… No worry, there is an easy way to do it

grep to search for “JsFoo”, and the -l option is to show the file name only,
then only pass the result to sed to change “JsFoo” to “JsBar”

Oops… Some files haven’t change. The reason for this is because one of the file is actually
a binary file, up until there the instruction is break. Let’s do again and exclude that binary
file

Now you can open up your Xcode project, and build it 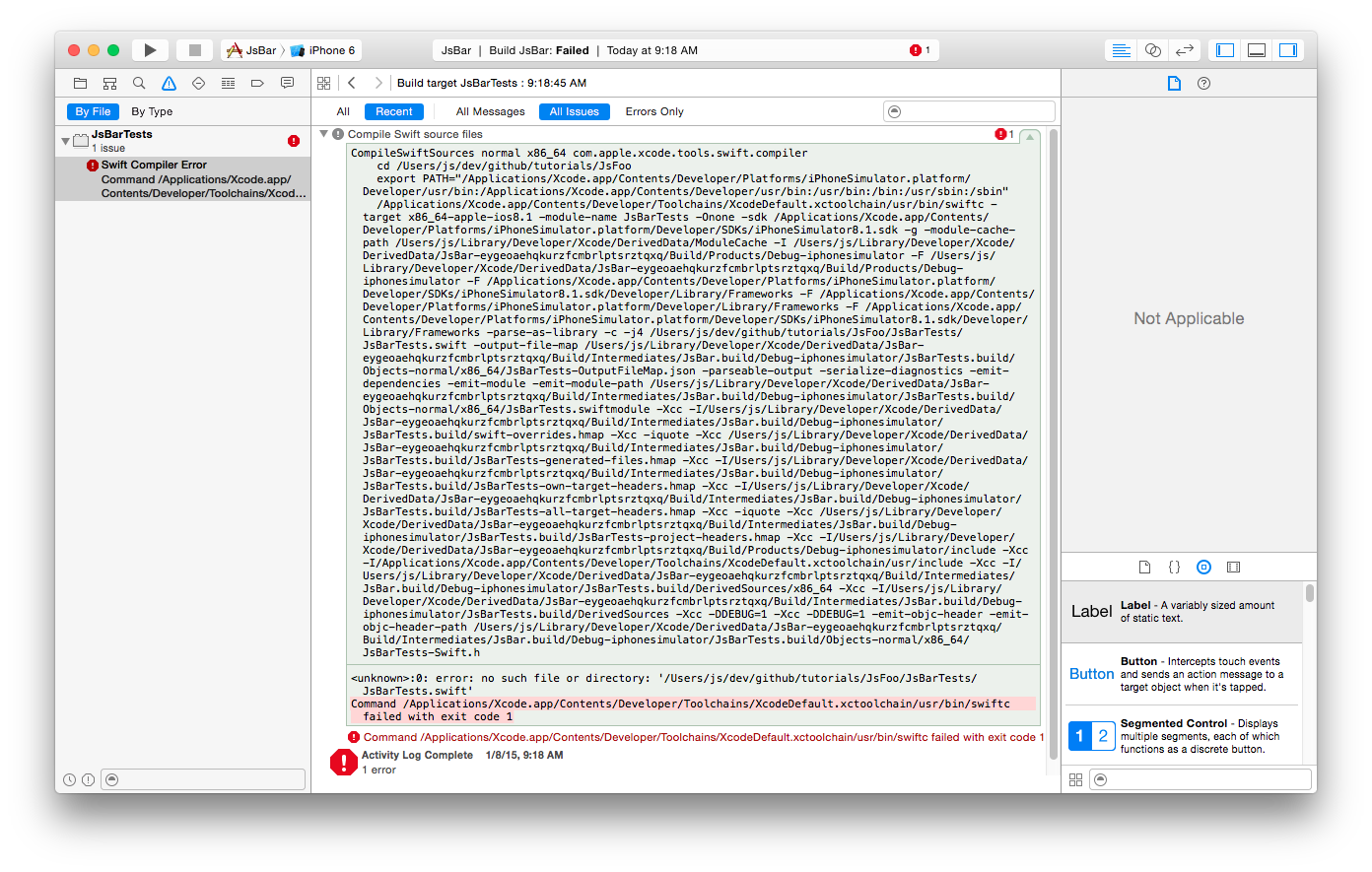 One more file that we forgot to rename 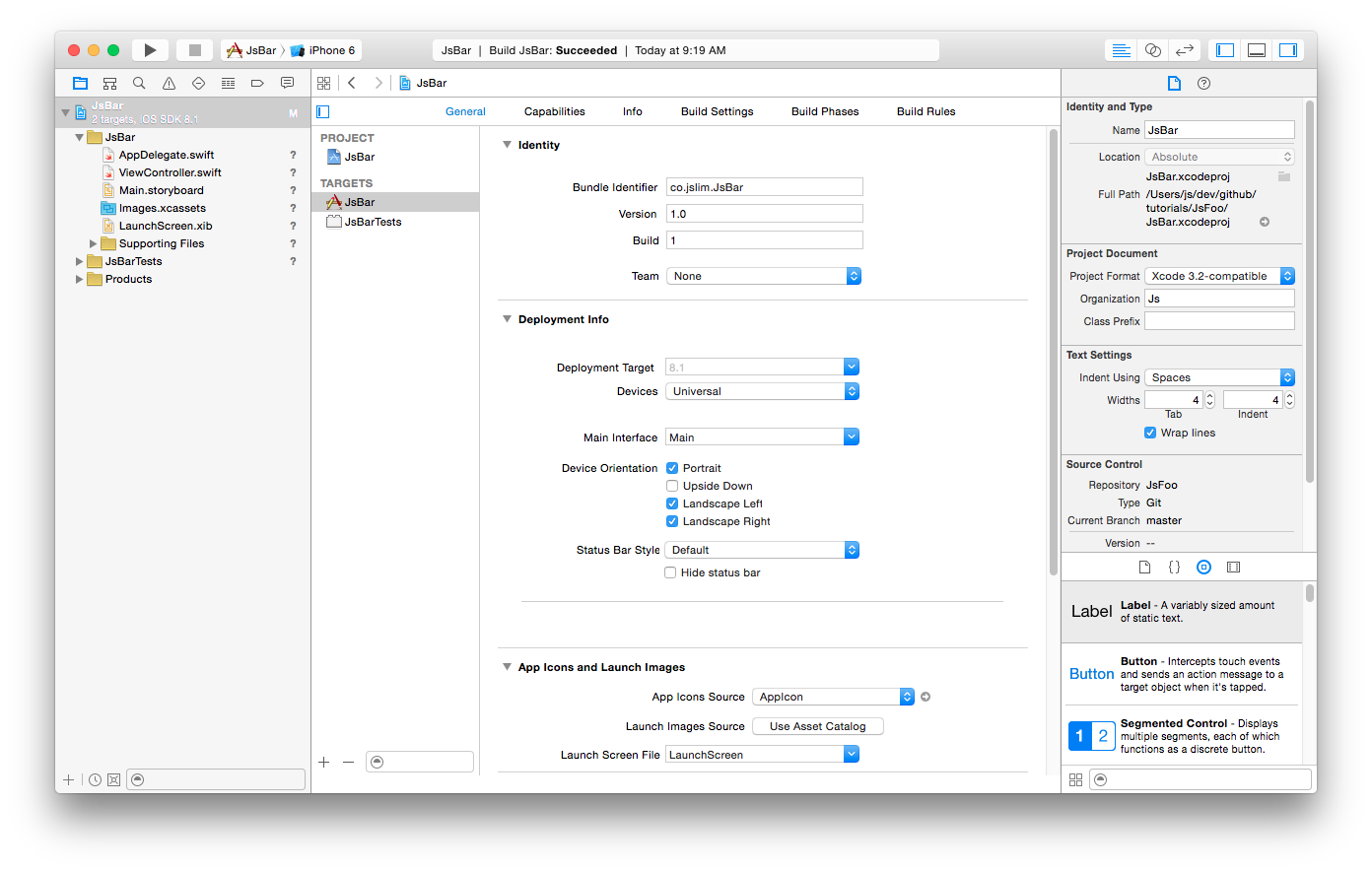 Xcode 6.3.1 will crash during the rename.
And I found a simpler way on doing that, refer here